DeFi, or decentralized finance, is just about the most exciting thing to happen to money for centuries. Rather than having to hand over their cash to greedy bankers and investment managers, people can now use DeFi to save, invest, borrow and lend between themselves using cryptocurrencies through fully automated, digital “smart contracts.”

Sounds crazy, huh? Well, actually it’s quite simple. Just like technology is changing the way we do everything else in our lives, it is also changing how we do money. Now, rather than make bankers and chief executives rich like we do in traditional centralized finance (or “CeFi”) models, with DeFi we get to keep all those fees and charges and still save and invest our money.

What is even better, everything on DeFi is done through the blockchain: an incorruptible ledger that keeps a record of every single transaction ever made. Of course, this doesn’t mean DeFi is risk-free, and that’s something we’ll be covering later in our guide series. To get you started, though, we’re kicking off with an explanation of DeFi’s key tenets and terms, listed in alphabetical order.

A DAO is a decentralized autonomous organisation. In short, it’s a company that doesn’t have any human managers or staff. Everything that happens in the organisation is fully automated and based on “open-source” computer programming code that can be viewed and used by anyone. As it’s run on the blockchain, just like DeFi, a DAO is also immutable and censorship-resistant.

dApp stands for decentralized application and is the foundation of everything DeFi. Just like a DAO, a dApp is an application that runs essentially by itself, with no managers or middlemen, allowing users to transfer funds between themselves. The Ethereum blockchain is like a library of dApps on which the majority of DeFi dApps exist, with other blockchains such as Tron and EOS also allowing developers to code applications.

A DEX is a decentralized exchange and a CEX is a centralized exchange and you can buy and sell cryptocurrencies and tokens on both. Just like the difference between DeFi and CeFi , a DEX is autonomous and run by algorithms and smart contracts, while a CEX is run by a company with human management. Big name examples of DEXs include Uniswap and Kyber, while well-known CEXs include Coinbase and Binance. CEXs can be cheaper than DEXs, but users don’t get any say in how they are run as they do with some DEXs.

Ethereum is perhaps the most important blockchain after Bitcoin and is the home of DeFi. As mentioned above, it acts like a library for most of the dApps in the DeFi world and is the architecture by which it is all currently made possible. Ethereum is often confused with Ether (ETH), which is its native currency but is different to the Ethereum blockchain itself.

Gas fees are the charges that Ethereum “miners” receive to process transactions on the blockchain. They are levied in the native token ETH, usually broken down into tiny increments called Gwei. The more transactions going through Ethereum, the higher the gas fees, which might make smaller trades less cost effective (more on this later in the series).

Liquidity mining (or yield farming) is a key feature of DeFi that allows people to deposit (or “stake”) one cryptocurrency or token on a DEX or dApp for rewards. Some platforms reward users with another token that can then be staked on the same or another DEX or dApp, ad infinitum. The attraction is that each coin or token pays a yield (like savings interest) and you can chase (or “farm”) higher yields via the process of staking. It’s a little like putting cash on deposit with different banks, except that you need individual tokens from each bank before you can deposit with the next bank for a higher yield.

Liquidity pools are a feature of DEXs that allow people to trade between each other without any middlemen. Smart contracts govern how they work, and keep the pools balanced between different cryptocurrency and token trading pairs or groups. Users are often rewarded for putting their coins (or liquidity) into these pools with tokens from the DEX that earn fees for transactions made on the platform.

Non-fungible tokens (NFTs) are a big innovation in the token world. Unlike other tokens on Ethereum, NFTs are completely unique and not interchangeable with other tokens. As such, they are used to buy and sell unique art and collectibles, with interesting test-cases in more complex financial products. They come in two different versions: the original and individually unique ERC 721 token, and ERC 1155, which is a hybrid version used in gaming.

The term “pump and dump” refers to buyers piling into a cryptocurrency or token to inflate its price and then selling it all at once, which causes the price to crash. It’s a pretty common occurrence in new token listings, where hype and private pre-sales will cause an initial spike in the price before it crashes. As not everyone is able to get out at the same time, this leaves many unlucky buyers nursing big losses.

We’ve already mentioned smart contracts a few times and that’s because, without them, DeFi couldn’t exist. The code written in a smart contract is what decides exactly how dApps and other blockchain protocols work. Unlike traditional contracts, once they are written and launched, they can’t be changed. Bugs in smart contracts can leave them vulnerable to hackers, which is why most legitimate projects now go through rigorous audits before launch.

A central pillar of DeFi is the stablecoin, which is a token that reflects a “fiat”, or traditional currency. There are two types: an algorithmic stablecoin which doesn’t need to be backed (or collateralized) 1:1 by traditional fiat currency, and centralized stablecoins that do. Examples include DAI for the former and Tether (USDT) and USDC for the latter. Stablecoins account for most transactions in DeFi since users do not have to worry about price volatility.

A little like an investor prospectus for company shares that are listing on a stock market, tokenomics describes the key functions of and projections for a newly issued token. This might include how many tokens will be issued, how they will be distributed and what powers they will have. This is key to understand before buying a token, especially in the presale stage.

Often confused with cryptocurrencies like Bitcoin and Ether, tokens are more like company shares on a stock market. Trading them might make profit, but they aren’t dollars or euros. Not all tokens have value, however. The most common tokens are ERC-20 tokens, which run on Ethereum and make up the bulk of DeFi. Some give holders the right to vote on how the issuing DAO, DEX or dApp is run and are also known as “governance” tokens.

TVL stands for total value locked, which in the DeFi world means the amount of money that a single DEX, dApp or the entire ecosystem is holding inside it. It is also called total locked value (TLV). While the early iterations of DeFi were launched in 2017, the bumper year for DeFi was 2020, with TVL growing from a value of USD $662 million in January to over $11 billion by November. TVL is often used as a measure of success in DeFi, but it doesn’t always tell the full story. 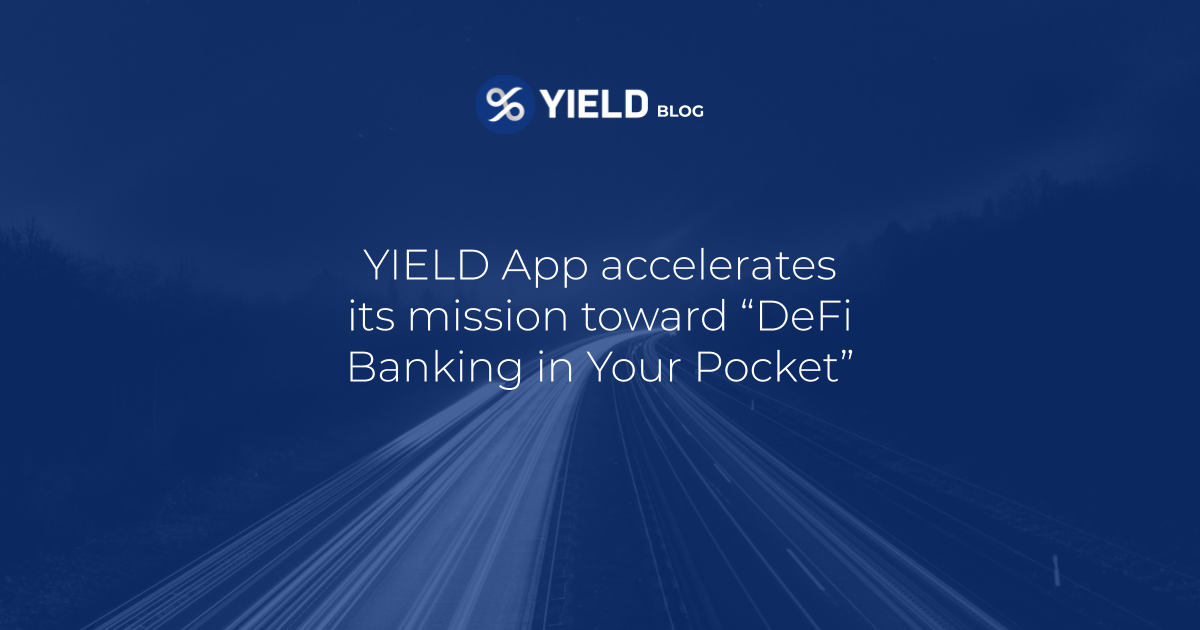 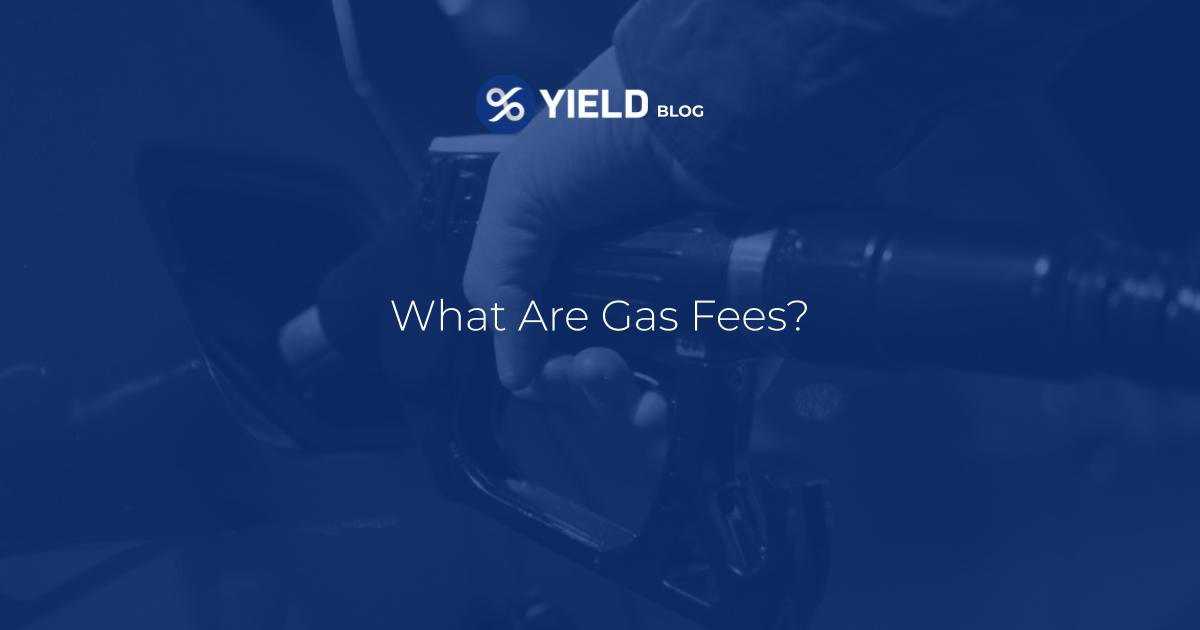 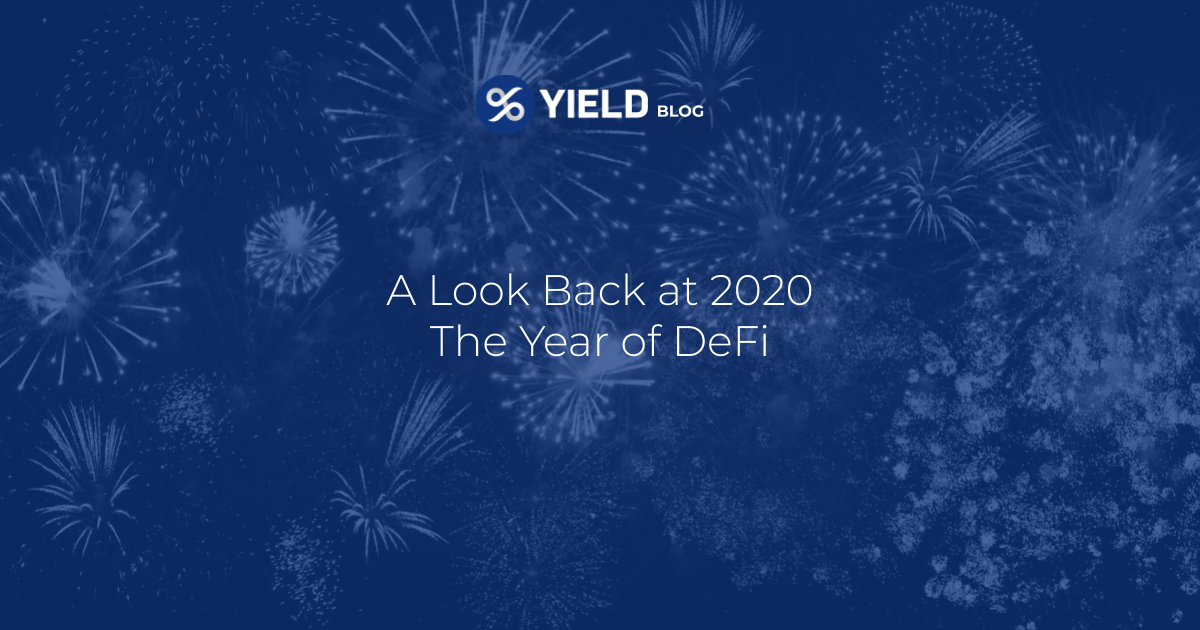 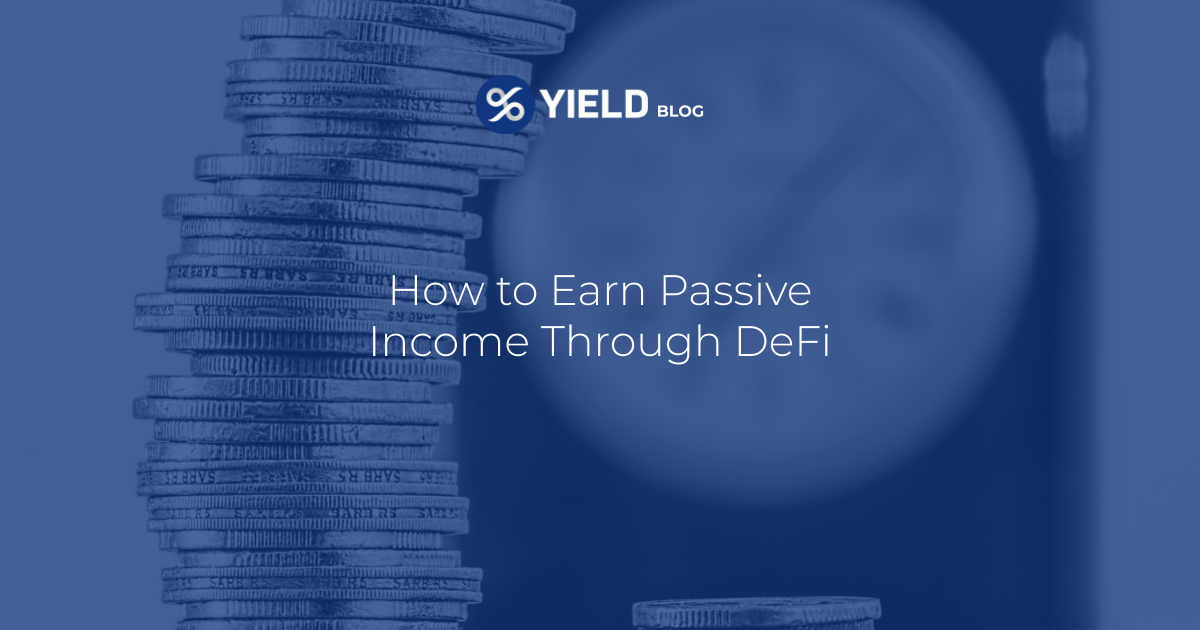 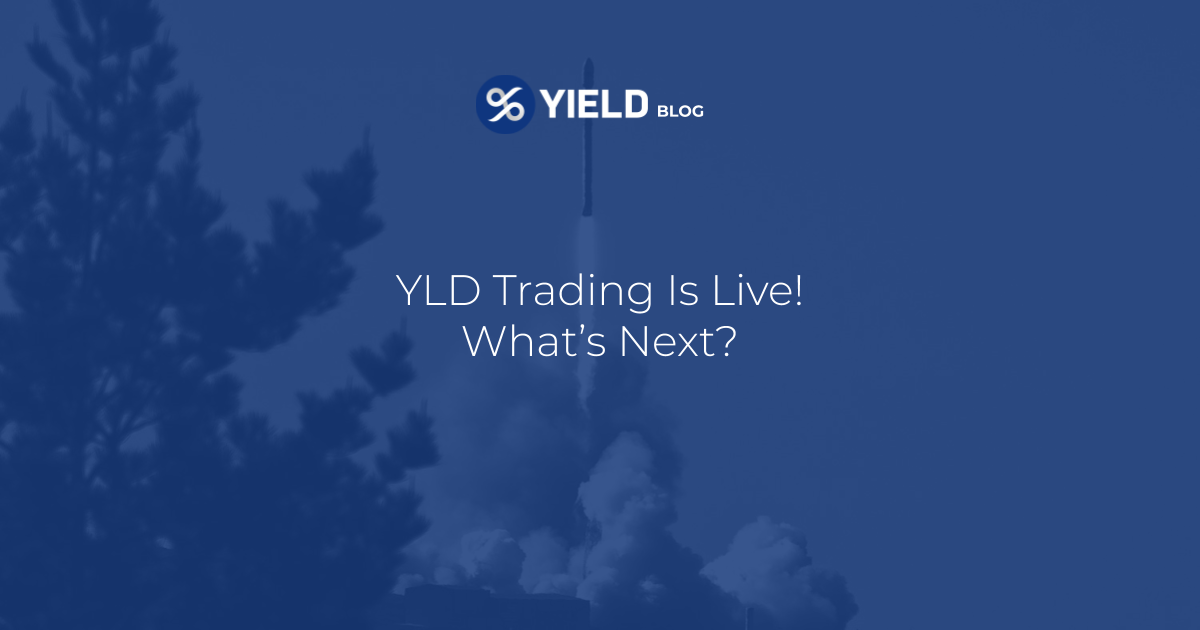 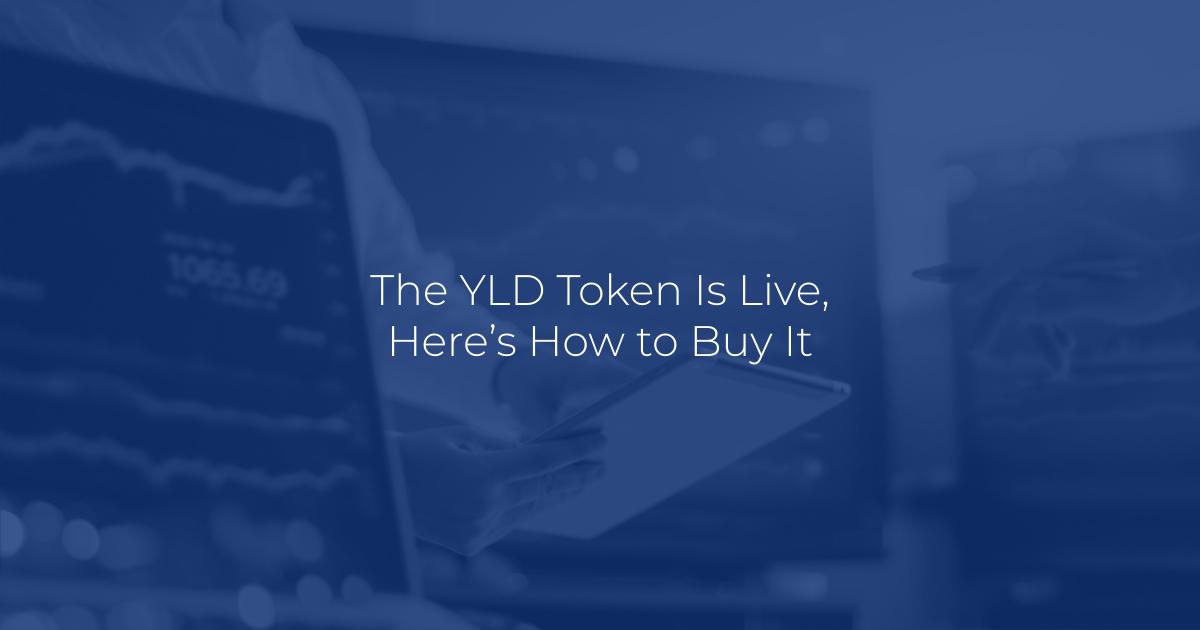